Louis John Butler-Madden and his wife Evelyne (Eva) Frances McCabe both escaped from Singapore on the Vyner Brooke but he did not survive when the ship was bombed and sank, but Eva did.

Eva died on 22 April 1945 at Belalau. (Jessie Simons in ‘While History Passed’ mistakenly says she died at Muntok). After the liberation of the surviving civilian captives at Belalau, the Dutch re-interred the bodies of those who had died there in various cemeteries across Indonesia. Among those who were moved was Eva, whose body was reinterred at Kalibanteng at Semarang on the island of Java. Her grave can be viewed HERE

Her parents were Peter McCabe & Harriet Teresa Thynne. They were both born in Ireland, but Eva was born in Crowthorne, Berkshire, England, where her father taught gymnastics at Wellington College.

A memorial stone has been found in the graveyard of All Saints Church Cemetery, Taiping, Perak: 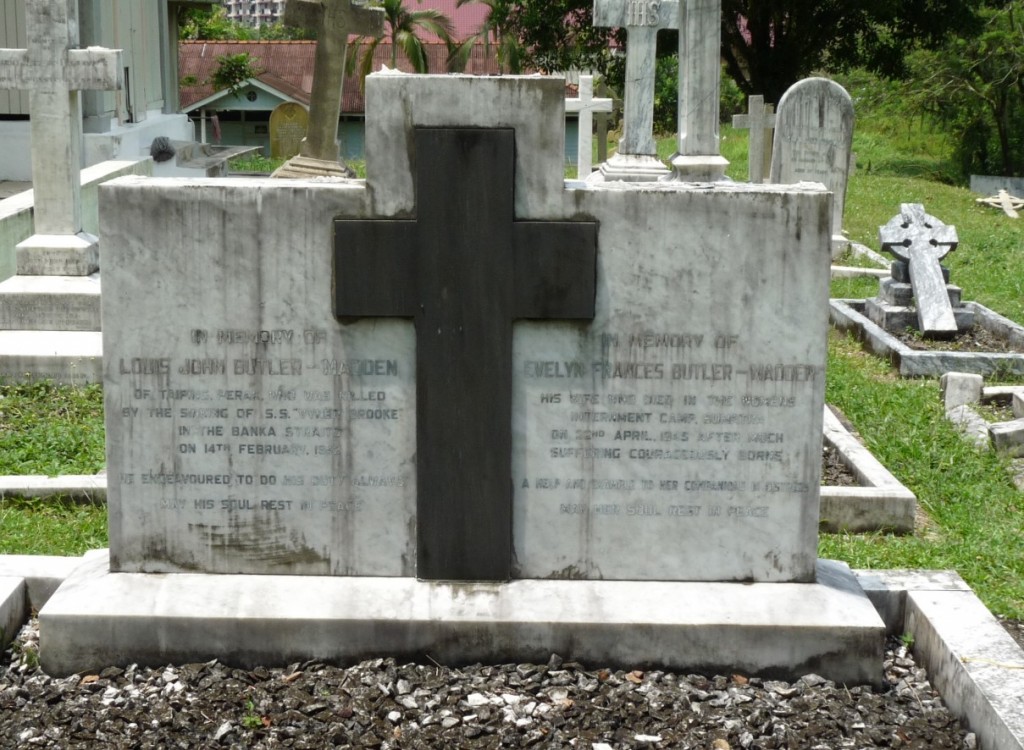 On the left it reads: In Memory of Louis John Butler-Madden of Taiping Perak who was killed by the sinking of the SS “Vyner Brooke” in the Banka Straits on 14th February 1942. He endeavored to do his Duty. May his Soul Rest in Peace.

On the right it reads: In Memory of Evelyn Frances Butler-Madden. His wife who died in the Women’s Internment camp, Sumatra on 22nd April 1945 After much suffering courageously borne. A help and an example to her companions in distress. May Her Soul Rest in Peace.

In her book ‘While History Passed‘ Jessie Simons writes:

“…. Rumours and speculations had a great run at times [of stress]. One of the most persistent rumour-starters was a charming elderly lady who had lived in India [actually Malaya] nearly all her life. Although she managed to adjust herself amazingly well, she used to exasperate us with the most romantic tales of rescue. I think the best was in 1944 when she said, “The Japanese are either going to exchange us or send us to the hills — they know European women can’t stand a continuous life in the tropics.” I knew her well and really think she meant it. Poor Mrs Madden — she died on Banka Island in 1945, still unrescued.”

Below the church at Taping, Perak. 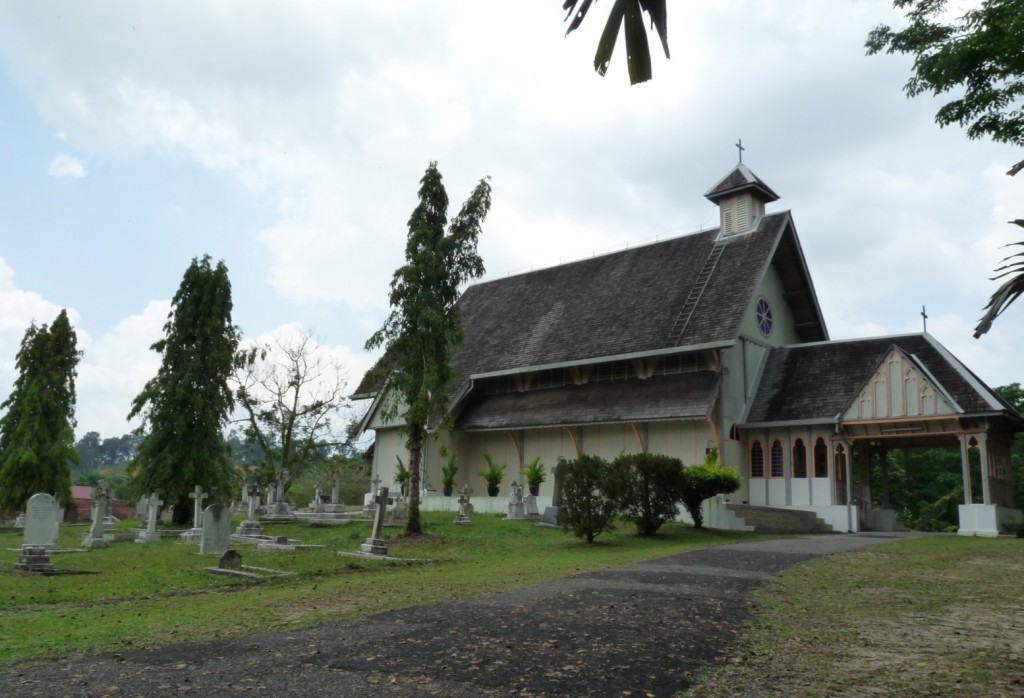 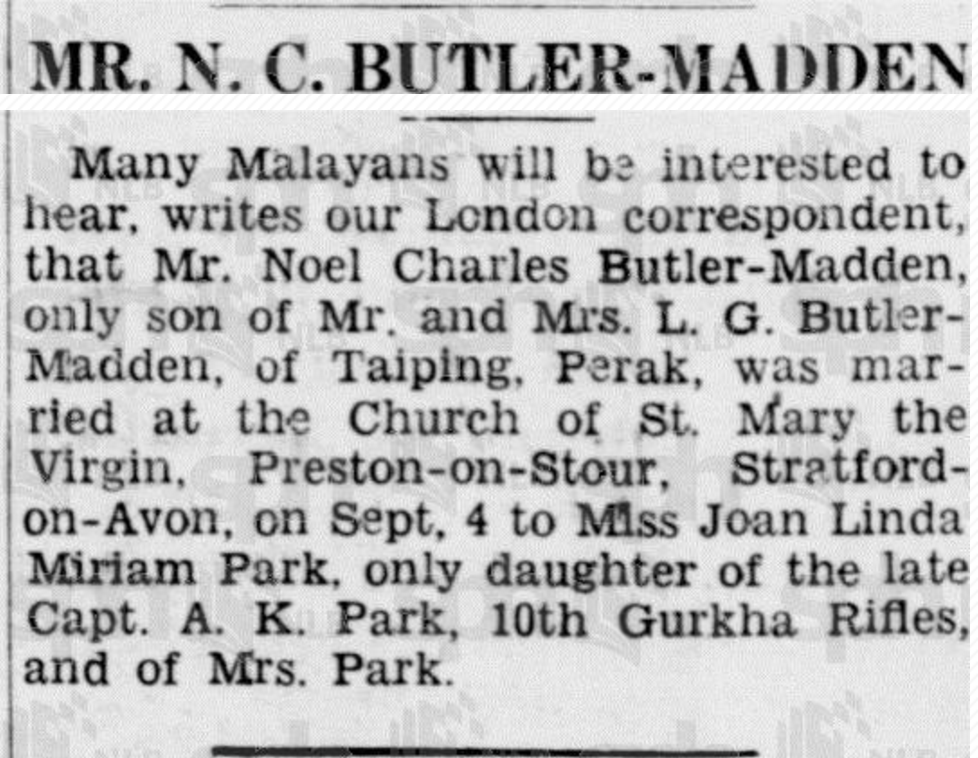 A more detailed account of the Butler-Madden family prepared by Michael Beck can be read HERE in PDF.

The red circle indicates the location of the cemetery where Eva is buried: 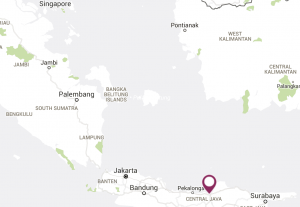