This page examines the Japanese who guarded the internees. It is under construction:

The Japanese Captain who ordered the killings on Radji Beach was Captain Orita Masaru from the 229th Regiment of the 38th Japanese division. He later killed himself in Sugamo prison on 11/9/1948.

Also on Radji Beach and participating in the killings were Sergeant Major Taro Kato and Lieutenant Masayuki Takeuchi.

Captain Seki Kazue who was the prison Camp commandant in Palembang and Muntok was not involved in the killings at Radji Beach. Eric German (one of the internees) who went to South America after the war was located by the Australian government and he identified a photo of Captain Seki and he signed a statement that Seki was not connected with Radji Beach.

Captain Seki was sentenced to 15 years in prison after the war for his mistreatment of the internees. For details of the sentences that were passed out at the Medan War Crimes Tribunal please click here. 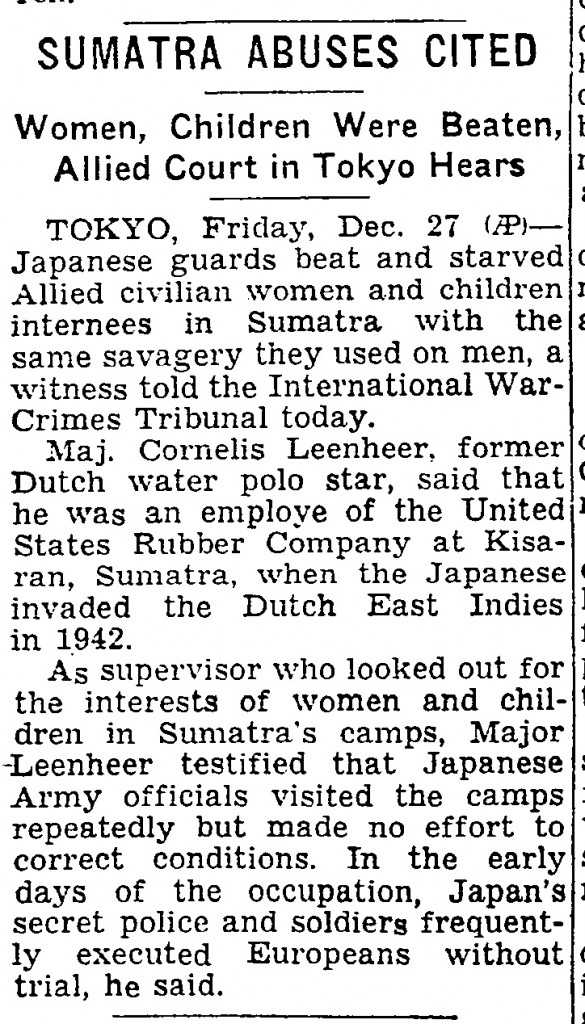 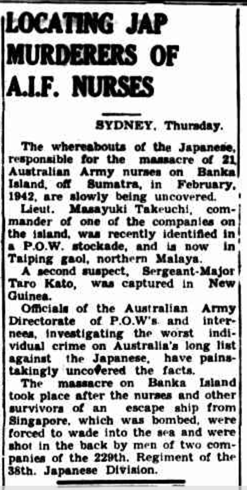 Neal Hobbs who was aged 17 years when he was interned along with his father at Muntok / Palembang mentions the suicide of a Japanese guard:

“Getting back to my prison camp days, I was thinking why I have not come across in print, after all the material I have read, any mention of the Jap guard at Muntok jail who committed suicide, driven to it because he was riddled with some sexual disease or other. This occurred within weeks of our capture and was a very serious matter because the Jap authorities suspected he could have been disposed of by one of us. They soon settled on suicide because of the Jap traditional method used. There was every reason for us to wish him out of the way. He was an absolute pig and as cruel as they come. McDougall, at the time, hadn’t been captured so it could not be in his book.”